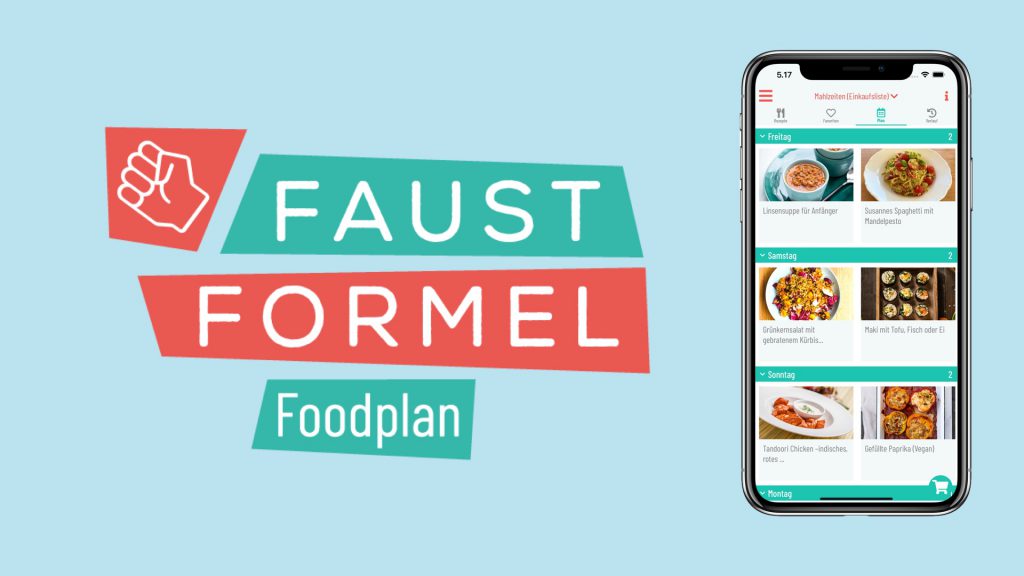 Austrian tv host, nutritionist and best selling cookbook author Sasha Walleczek has launched her own app called Foodplan this spring. Read on to learn how Sasha got her own app at the fraction of the cost of building a solution from the ground up.

About Faustformel – a weight loss platform

Sasha is a trained nutritional therapist and has been helping people lose weight and writing best selling cookbooks for years. She has also brought her business online via the faustformel.com website. Her online strategy has paid off, and she now has a large number of clients, especially in Germany and Austria.

Sasha is by no means inexperienced in software development, as she worked in a tech company in the Bay Area for 4 years back in the 90’ies. So when the clients started asking for an app, she started the development of an app from the ground up. Like many before her, she soon realized that is no small side-activity!

Looking for a whitelabel app

During summer of 2020, Sasha did some research and quickly found a couple of whitelabel app suppliers. At Compelling Software, we were happy to supply Sasha with a detailed proposal for a solution. The initial talks stretched over a year, as Sasha moved her operations from Germany to Austria and at the same time was writing a new book on eating sustainably, and then Corona showed up. So she had a lot of other things on her plate!

In October 2021, discussions intensified and a contract was signed mid November, where the functional scope (agreed extensions / alterations to standard Grosh app functionality) was defined via a clickable mockup.

Branding work on the app

Sasha’s graphic designer made screenshots of the desired branding appearance, and the Grosh app was modified to support for the wanted user experience changes.

Integration work on the backend

The app should connect to the online Faustformel weightloss platform. This obviously meant a number of integrations had to be defined and developed. Amongst these are:

We’re happy with the app and we have gained new clients due to the fact that we now have an app. I still have many ideas for further development and so do our users. It is nice to work with Søren and his team as they understand our business and found good solutions to the ideas we bring to the table.”, says Faustformel founder and CEO, Sasha Walleczek.

Ready when you are!

If you are considering getting your own shopping or recipe app, keep us in mind. We can deliver an app that in the long run will be much cheaper and easier for you to keep running than a self-developed solution.

This means you will be able to innovate your customer relationship based on ideas of other retailers and influencers across the world – people that are in a similar situation as you.

We are ready to help when you are ready to get your own app – just contact us to let us know what you need. Or make a mental note about Compelling Software, in case you’re not yet ready to get started!